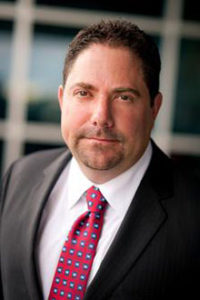 Marc David Seitles is a highly skilled trial and appellate attorney with extensive experience in white collar crime and criminal defense, known for his fierce and unrelenting representation of his clients.  Marc is one of only a handful of criminal lawyers that has been repeatedly honored as a nominee by the Daily Business Review for Most Effective Lawyer.  He also continues to be recognized by Florida’s Legal Elite, Super Lawyers, and the South Florida Legal Guide as a top practitioner in white collar crime and criminal defense. Prior to founding Seitles & Litwin, Marc was employed as a trial attorney with the Federal Defender’s Office, Southern District of Florida, where he successfully represented 100’s of clients through trials, pleas and sentencings and earned his reputation as being a fighter for his clients. Since entering private practice, Marc has had successful outcomes in high-profile cases involving charges of money laundering, health care fraud, defrauding investors, bank fraud, identity theft and narcotics trafficking.  He has also assisted numerous individuals in getting off the Office of Foreign Assets Control (“OFAC”) list and in fighting extradition.  Marc’s most recent successes include: