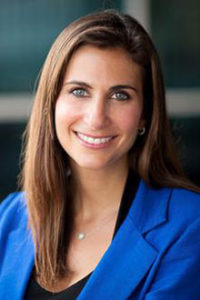 Ashley Litwin is an experienced white collar criminal defense litigator and appellate lawyer. Ms. Litwin has argued numerous cases in front of the U.S. Court of Appeals for the Eleventh Circuit and the 2nd DCA of Florida, recently successfully overturning a conviction for a defendant sentenced to life imprisonment. Other appellate and post-conviction victories include:

She has acted as co-counsel in a variety of trials in front of the Southern District of Florida, and has been the lead counsel for white collar and other federal criminal defendants at sentencing and in other evidentiary hearings, recently winning a motion for ineffective assistance of counsel to overturn the conviction of a former marine and having a structuring and failing to declare currency case dismissed by the US Attorneys Office.

Ms. Litwin was named by Super Lawyers as a Rising Star, the South Florida Legal Guide as an “up and corner,” the National Trial Lawyers as a Top 40 under 40 lawyer and the Cystic Fibrosis Foundation as one of the 40 Under 40 Outstanding Lawyers of South Florida. She was nominated by the Daily Business Review as a finalist for the Most Effective Criminal Lawyer in 2012 and 2017.

She is the vice-president of the Board of Directors of Transition, Inc., a non-profit providing job training and placement services to ex-offenders.

Before joining Seitles & Litwin, Ms. Litwin clerked for Judge James Lawrence King on the U.S. District Court for the Southern District of Florida and Judge Peter T. Fay on the U.S. Court of Appeals for the Eleventh Circuit. Ms. Litwin was also an associate at Jenner & Block LLP in Chicago, Illinois, where her practice focused on complex commercial litigation. Ashley is admitted to practice in Florida and Illinois and is a member of the S.D. of Florida, M.D of Florida, the Eleventh Circuit, and Florida’s 2nd, 4th and 5th DCAs.