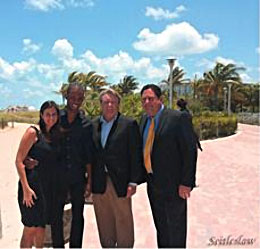 Mr. Aybar, designated as an Armed Career Criminal, was accused of being a felon in possession of a weapon. He faced a minimum mandatory of fifteen years to life imprisonment.

Mr. Seitles filed a motion to suppress and argued to a federal magistrate judge that Mr. Aybar’s Miranda rights were violated. On cross examination, Mr. Seitles demonstrated that the arresting United States Marshall did not ask Mr. Aybar whether he wanted an attorney after Mr. Aybar stated that he thought he needed one. He also was able to prove that a Miami-Dade Detective performed an expansive search of Mr. Aybar’s hotel room without a warrant.

The federal judge granted Mr. Seitles’ Motion to Suppress because of his constitutional right to counsel was violated.

The Judge dismissed all criminal charges against Mr. Aybar.