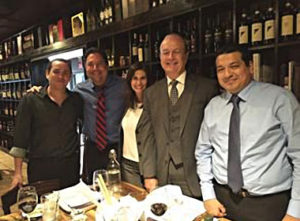 Mr. Peribonio was charged with failing to declare currency while entering the United States and structuring.  Mr. Peribonio maintained his innocence upon arrest and detention without bond and demanded a Speedy Trial.

The government’s theory of prosecution was that Mr. Peribonio sought to smuggle U.S Currency into the United States with the use of company employees.  Mr. Seitles presented evidence that Mr. Peribonio’s father owned a successful and legitimate business enterprise in Ecuador, and that Mr. Peribonio had previously declared money at Miami International Airport when he possessed more than $10,000  cash and had deposited the entirety of those funds into his personal checking account.  Mr. Seitles traveled to Ecuador to investigate the case and was prepared to call a litany of witnesses in support of his client’s actual innocence.

At calendar call (the status conference) which was several days prior to trial, the government announced it was dismissing all charges against Mr. Peribonio.