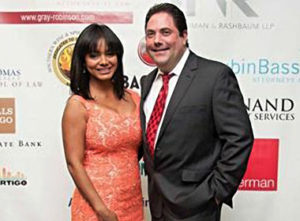 Mr. Conde was charged with several counts of money laundering and drug trafficking.

The government presented evidence that Mr. Conde and his co-defendant were previously arrested in traffic stops with more than $600,000 and on recorded conversations with a confidential government informant discussing a 100 kilogram cocaine deal. The government arrested Mr. Conde two days later in a co-defendants home with $360,000 in a shoe box.

Mr. Seitles explained to the jury that possessing money, even large amounts of concealed currency, is not money laundering under federal law. Then Mr. Seitles challenged the government to call the confidential informant and their lead case agents as witnesses at trial. The government refused.

Mr. Seitles argued that the government was hiding facts from the Jury, and that the confidential informant was “double dealing” by selling drugs on the side, that he was previously “de-activated” (fired) by local law enforcement, and that he could not be trusted.

The Jury returned a verdict of not guilty on all charges.